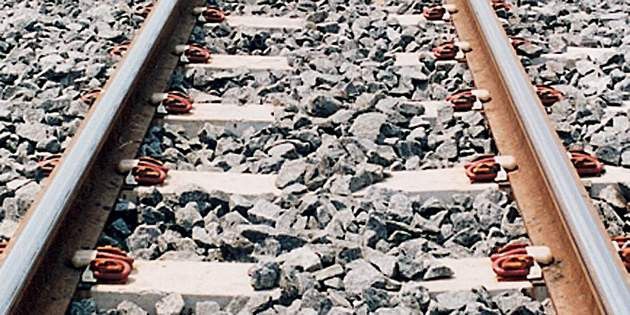 Rail Pads Made for Heavy Loads With DuPont™ Hytrel®

Better rail pads were part of an integrated solution to track failure developed by a leading engineering company in collaboration with DuPont.

Pandrol, a leading provider of engineered rail and fastening systems, worked with DuPont to design more durable rail pads, after heavily loaded coal trains displaced rails and roadbeds on a vital route. The new system resulted in no track failures in over ten years of service.

South Africa’s CoalLink railway freights can stretch to over 200 cars as they rumble over more than 300 miles of track. Their route winds through the challenging mountainous terrain of the Paul Piertersburg area, and stress on the tracks, ties and ballast is intense.

Load instability was a particular problem on the uphill curves of the route — a result of the steep vertical coupled with the high tractive locomotive force required to pull the heavy coal cars. Pandrol, a world leader and manufacturer of engineered rail fastening systems, was called in to analyze the impact of the existing rail pads.

The rail pads in use were standard, made from 12 mm-thick, High Density Polyethylene (HDPE). They showed a longitudinal displacement between rail and sleeper under the 11E locomotive under maximum traction. A permanent displacement of 1mm happened after 16 seconds under four 11E locomotives.

CoalLink, which is operated by Spoornet, Southern Africa’s largest transport and logistics company, recognized the need for rail pads that would help reduce shock and vibration, stabilize load distribution, and reduce wear to the entire rail system.

The rail pad assembly attaches the metal rail to the railroad tie, also known as a sleeper. Engineering the most efficient assembly becomes a challenge when the route includes hilly terrain and heavy loads. As a result, Pandrol and Spoornet tested a range of resilient rail pads that would accommodate more force and displacement, and be more likely to recover elasticity if displacement did occur.

The most successful option was a collaboration between Pandrol and DuPont, using DuPont™ Hytrel® thermoplastic elastomer. It offered increased resilience from bending of the center web between offset studs on either side, placed on a Hytrel® saddle.

Using the same measurement tests that were used on the HDPE pads, the maximum relative longitudinal displacement between rail and sleeper with the Hytrel®  combination was 0.2mm.

Following testing, the majority of the CoalLink line was fitted with the Hytrel®  pads, and remained in service 10 years later, without significant replacement or reduced effectiveness.

The insulators are made from high-viscosity, unfilled DuPont™  Zytel®  nylon, chosen for its strength and abrasion resistance. During installation, the machinery exerts up to three tons of load onto the clips and the insulators. So the insulators are in an even more demanding application than the pads.

Rail pads made with Hytrel® delivered immediate improvement to CoalLink’s performance, including:

In addition, the Pandrol Fastclip® , utilizing components made with both DuPont™  Hytrel®  and Zytel®  were chosen for their exceptional durability, and expected to last for 30 to 40 years. And a stable track system means better transport for the long run.