Contrary to popular belief, there is no such thing as a “typical” industrial fire. There are various types and sources of industrial fires, and the duration and intensity can change based on the hazard. Thinking that all, or most, fires last for three seconds or less and have the same intensity (2 cal/cm2s) is a common myth.

Other misconceptions include the belief that to simplify the implementation of a flame-resistant (FR) garment program, you need only to stipulate National Fire Protection Association (NFPA) 2112 compliant/certified garments or fabrics.

These myths and misconceptions can influence FR garment selection, putting workers at risk. It is important to separate fact from fiction and choose FR garments based on your specific hazards.

Myth 1: There is one, ‘typical’ industrial fire

False. Although the industry tends to focus on flash fires, there are four primary types of industrial fires:

Fuel sources include flammable liquids, flammable gases and combustible dusts. It is important to remember that the magnitude of every fire is equal to the duration multiplied by the intensity. The duration and intensity are not always the same in each fire and can change based on the hazard.

A fire’s duration and intensity depend on the basics of the fire equation, which includes:

The duration (also known as exposure time) can range anywhere from one second to the “time to escape,” while the intensity (or heat flux) can range from less than 1 cal/cm2s to more than 7 cal/cm2s. Combined, these two factors can lead to a total heat exposure energy ranging from 1 cal/cm2 to greater than 20 cal/cm2.

Myth 2: Flash fires have an intensity of 2 cal/cm2

False. Experimental data from the U.S. Department of Energy (DOE)1,2 has shown the potential for significantly higher values.

For example, in the DOE China Lake experiments with liquid natural gas vapor cloud fires, the peak heat flux value was more than 7.2 cal/cm2 over a duration of ~5 seconds. 1,2  In the China Lake experiments with liquid propane gas vapor cloud fires, the average heat flux value was 3.3 cal/cm2 over a sustained period of 15 seconds. 1,2

As demonstrated by many real-world incidents and laboratory tests, such as the DOE China Lake experiments1,2  cited here, the duration and intensity of an industrial fire can vary greatly based on the hazard. This is a very important point to consider when selecting FR fabrics and garments.

Looking at the results of thermal manikin tests conducted on a flame-retardant treated (FRT) cotton garment and an inherent FR garment made of Nomex®, it is easy to see the impact that hazard and garment selection have on survivability.

Similar results are observed when the intensity increases—even by such a slight amount. For example, in a three-second fire at an intensity of 2.36 cal/cm2s (total exposure energy of 7.08 cal/cm2s), the predicted body burns vary by 40% and the chance of surviving nearly triples with the inherent FR garment made of Nomex®. It is remarkable how such a small intensity increase above the 2 cal/cm2 used in the standard thermal manikin test can have such a drastic impact on FR fabric technology performance and body burn injury.[FA(2] [ZR3]

These results clearly show that as thermal exposure increases in either duration or intensity, the type of FR fiber and fabric plays an increasingly important role in body burn injury, estimated survivability and financial costs.

Myth 3: All flash fires are three seconds or less

You guessed it: False.

Many people believe that all flash fires are three seconds or less. This is simply not true. The Occupational Safety and Health Administration (OSHA) 2010 memo to the oil and gas market indicated flash fires can last up to five seconds, exceeding the NFPA 2112 minimum standard.3 In research conducted by the U.S. Department of Energy (DOE), burn times reached more than 15 seconds.1,2   This highlights the need for a better understanding of specific hazards. A useful reference is “The SFPE Handbook of Fire Protection Engineering”4 which has vapor cloud fire models that predict flame duration for various flammable gases.

Origins of the three-second myth

Although using three seconds as a “general rule of thumb” is not an accurate way to establish the level of protection workers need for a specific hazard, it is easy to understand how it became a popularly held belief.

In the 1970s, the U.S. military conducted a test to determine total heat exposure received by pilots escaping through the burning fuel of a helicopter crash. During this test, researchers pulled a sensored and clothed manikin through a burning pool fire of JP4 jet fuel. They concluded that a total exposure of 6 cal/cm2 represented this specific hazard. There was no reference to a duration.

The manikin test was further developed to provide a repeatable test method that could easily and safely generate the 6 cal/cm2 total energy exposure needed by the military. Propane was used for the test because it is a common, easily controlled fuel that can be adjusted to have a heat flux of 2 cal/cm2. Applying a heat flux of 2 cal/cm2 for 3 seconds equals the 6 cal/cm2 total exposure energy desired. The FR industry adopted the 6 cal/cm2 exposure energy, so in essence, the manikin test established the three-second duration.

For example, NFPA 2112 stipulates a three-second, 2 cal/cm2 exposure using test method ASTM F1930, thermal manikin test.5 Typically overlooked, though, is the fact that this is the minimum FR performance requirement—only the starting point for protection.

Early editions of NFPA 2113 described a flash fire as typically lasting three seconds, a statement that has since been removed.6 Additionally, in the definition of a flash fire, the Canadian General Standards Board (CGSB) standard 155.20 (2017 edition) notes that while testing is done at three seconds, “actual flash fire incidents may vary in duration and heat flux.”7

Other misconceptions about flash fires

Why does the industry tend to focus on flash fires? Flash fire is a common industry term used for fire events when the NFPA and CGSB standards were first developed in 2000. Since then, NFPA 2112 and NFPA 2113 have been moving toward recognizing all fire/thermal hazards, rather than just flash fires. In fact, the wording in the title and purpose statement for NFPA 2112 and NFPA 2113 has been changed from “flash fire” in previous versions to “short duration thermal exposures from fire,” which is defined as “including but not limited to vapor cloud fires, jet flames, liquid fires (pool fires or running liquid fires), solid fires (fires of solid materials or dust fires), or warehouse fires.”5,6

Beyond the physical and mental anguish burn injury victims suffer, there can also be significant financial costs.

Per NFPA 2112, an FR garment needs to have less than 50% total predicted body burn injury during a three-second, 2 cal/cm2 intensity exposure in order to pass the thermal manikin test. According to the American Burn Association, a survivor’s medical cost associated with a 50% burn injury can be more than $900,000. 8

Medical costs are only the “tip of the iceberg” when considering other potential indirect costs such as OSHA fines, insurance claims, lawsuits and productivity losses. 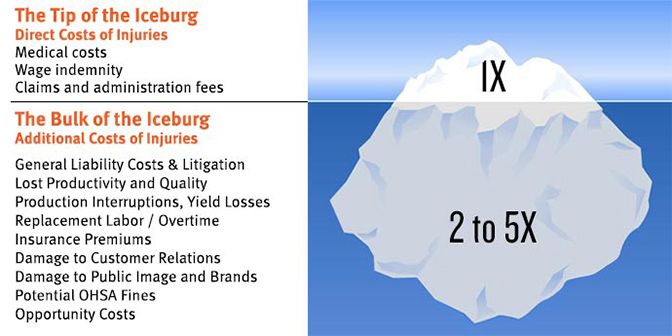 Compliance may not be enough

When it comes to fire protection, you need to be prepared for the worst-case scenario, not the best. Being in compliance may not mean adequate protection for your workers.

According to OSHA 29 CFR 1910.132, it is the employer’s responsibility to assess the hazard and identify the appropriate FR clothing to protect workers.

NFPA 2112 provides minimum material performance requirements for FR garments. This consensus standard is primarily for garment manufacturers, not end users. NFPA 2113 was developed primarily for end users to assist in the FR garment and hazard assessment process. This consensus standard is an OSHA-recognized tool for 29 CFR 1910.132. It helps guide fire/exposure hazard assessments and protective garment selection, as well as the care, use and maintenance of FR garments.

Many people fail to realize that selecting an FR garment that is NFPA 2112 certified does not mean that you are in compliance with OSHA 29 CFR 1910.132 and NFPA 2113—or that you are providing the appropriate FR garment to meet your specific hazard.

Simply put, the purpose of FR fabrics is to reduce burn injury, provide a wearer escape time and increase his or her chance of survival and quality of life. However, all FR fabrics are not created equal, and their performance can vary greatly, as shown in the results of the thermal manikin tests previously discussed.

Do not assume that simply complying with the minimum industry standards such as NFPA 2112 and CGSB 155.20 will keep you and your workers protected. The bottom line is that you must assess your specific hazards and match the appropriate FR fabric and garment to meet that hazard. Remember, as thermal exposure increases, the type of FR fiber and fabric plays an increasingly important role in survivability and reduce body burn. Don’t let myths and misconceptions influence your FR garment selection.

6. NFPA 2113: Standard on Selection, Care, Use, and Maintenance of Flame-Resistant Garments for Protection of Industrial Personnel Against Short Duration Thermal Exposures from Fire.