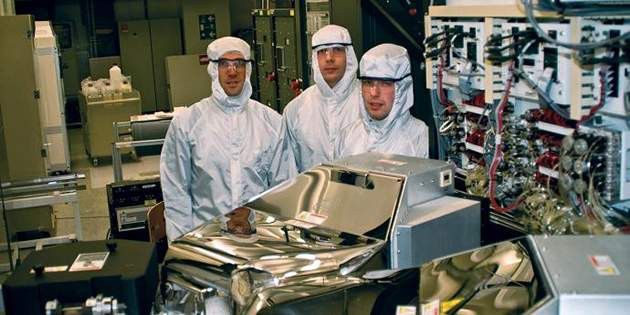 Extending Lifetime of Critical Seals in HDPCVD Processes
The Challenge

As the semiconductor industry continues to invest in 300 mm wafer fabrication, the spotlight is on process improvement and the greater demands this technology makes on process equipment. In HDPCVD processes elastomer sealing materials can be a weak link because of the need for seal replacement during preventive maintenance (PM) procedures.

Exhaustive testing of sealing materials on CVD platforms reveals that potential risks of contamination can be reduced and mean time between replacement (MTBR) extended by careful selection of sealing materials. A recent breakthrough in perfluoroelastomer (FFKM) seal technology promises significant improvements in seal life and a potential reduction in in-chamber particulate contamination.

One of the roles of the international research center IMEC (Leuven, Belgium) is to prove next-generation technologies, including prototypes of wafer fabrication equipment for its strategic partners (Fig. 1). This is done by replicating typical process conditions in the industry, and then pushing materials and equipment to anticipated production-level demands 3-5 years ahead of production. With several “one-of-a-kind” tools in the facility, learning cycles are of the utmost importance in supporting R&D needs.

The cost of O-ring seal replacement is significant. A complete seal kit for a CVD chamber can cost as much as €5000 (~US$7400). The organization has tested a variety of FFKM seals in top nozzle, gate valve, and turbo and roughing isolation valve positions in its Centura® Ultima 200 mm high-density plasma CVD platforms.

The O-rings composed of older FFKM compounds (typically nano-silica or metallic-oxide filled) positioned in the roughing isolation valve and exposed to all of the gases, in particular to NF3 plasma were cracking and deforming. These seals had to be replaced every 5000 wafer cycles. That meant dismounting the isolation valve from the pump lines, conducting a leak check, cleaning the process kit and closing the chamber an expensive operation in materials cost, installation time and labor. Similar results were observed with the gate valve seal, where the O-rings were subjected to mechanical stresses as well as heavy chemical attack.

Kalrez® 9100 perfluoroelastomer parts were tested in some of the most critical seal positions. Initially, the equivalent service time of 5000 cycles was used in the identical process environment. The 9100 seals appeared undamaged in the isolation valve and top nozzle positions and exhibited no sign of cracking (Fig. 2).

The engineers determined that next-generation O-rings withstand 10,000 cycles, and it is possible this lifetime can be extended further. Because there is no need to remove the top nozzle or dismount the isolation valve, there is also no need to perform a leak check afterwards. Based on these results, users can expect to double or even triple the lifetime of seals in CVD platforms. IMEC has plans to change the FFKM seals on all positions to Kalrez® 9100 seals, starting with the 200 mm line. Similar results are expected in 300 mm tools.