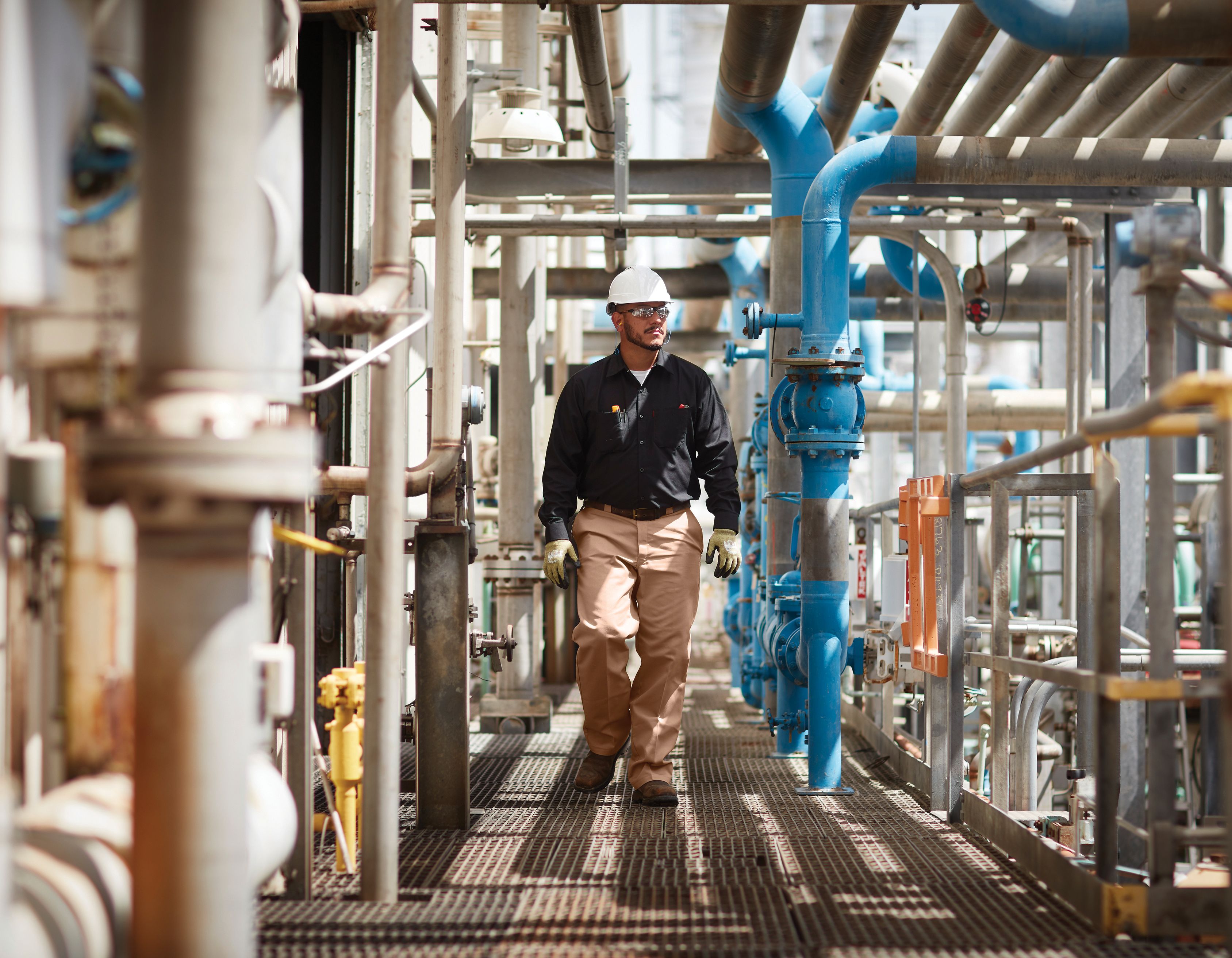 When Marvin Staben, a worker at a refining company in Colorado, dressed for work on a subzero winter morning, he had no idea that the coveralls and coat of DuPont™ Nomex® he put on would help save his life against a flash fire that day.

As Staben was walking around the end of a 5,000-gallon horizontal drum, he saw a flash out of the corner of his eye. In that instant, a flammable vapor cloud surrounding him found an unknown ignition source, and Staben was engulfed in flames.

“I just closed my eyes and started running,” he says. “I stopped after about five steps and opened my eyes, and all I could see was flames all around me.“ Staben closed his eyes again and kept running. “I thought, ‘How much farther do I have to go?’ I fell off a 15-inch ledge and rolled on the ground until I felt cool air.”

Another employee saw refinery worker Staben trying to escape the fire, and urged him to keep rolling when he started to get up. After three more rolls, when Staben had traveled 35 feet from the point of ignition, the coworker pulled Staben out of the fire.

Though Staben could have been fatally burned, his only injuries were first- and second-degree burns to his face and neck. He credits his protective clothing made with flame-resistant DuPont™ Nomex® with saving his life.

“I feel I was very, very fortunate,“ Staben concluded about his flash fire encounter. “My whole life could have changed in a few seconds. I know that if I hadn’t been wearing Nomex®, I probably wouldn’t be here today.”

Nomex® is a flame-resistant fiber that does not burn, melt or drip. It provides a protective barrier between the fire and the wearer. One of the best things about Nomex® is that these characteristics are built into the structure of the fiber itself; they are not added as a topical treatment. So Nomex® is inherently resistant to flame, and the protection it offers can‘t be washed or worn away.

Because of the protection it offers, apparel made of DuPont™ Nomex® is worn not only by refinery workers, but also by firefighters, electrical utility workers, racecar drivers, and military personnel.

“We firmly believe that if our Nomex® program prevents one serious injury, as it did in Marvin Staben’s case, it has more than paid for itself,” said Mike Mathews, safety manager for this refining company.

For more information on DuPont PPE solutions to match tasks and hazards in the Oil & Gas industry, download our PPE Guidebook for Oil & Gas.