In the late 1970’s, DuPont sponsored a pedal-powered aircraft named Gossamer Albatross, a lightweight plane that promised to achieve the first human-powered flight over the English Channel.

Dr. Paul MacCready’s plane, made with Mylar® and Kevlar®, gave DuPont the chance to step back from the image of heavy industrial production and bureaucracy and soar on individual effort into clear skies. The Gossamer Albatross was made mostly of synthetic materials, almost all plastic, save a few metal parts. 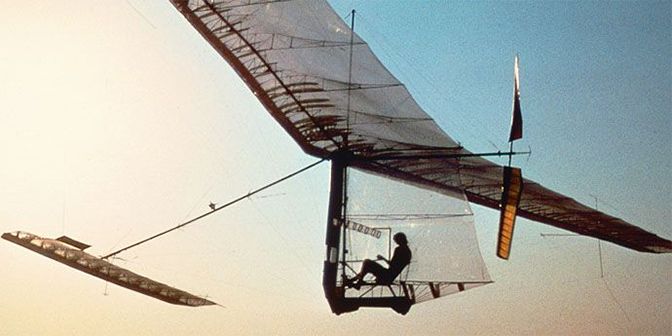 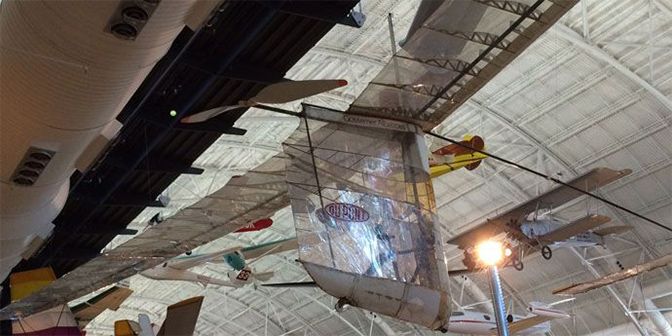 Its sole pilot was Bryan Allen, who used only muscle power to pedal the propeller of the Albatross.

After years of preparation and months of waiting through bad weather, the DuPont team joined the plane’s engineers in witnessing a suspense-filled historic journey. On June 12, 1979, the fragile looking Albatross lifted slowly off English soil and headed out over the waters bound for France. The trip kept everyone on edge as Allen touched the water several times, appeared to be exhausted, and even signaled for help at one point. However, after a breathtaking two hours and 49 minutes, Allen safely landed the plane.

Excerpted from DuPont: From the Banks of the Brandywine to Miracles of Science, Kinnane, Adrian

The Dare Bigger™ brand platform represents inspiration for anyone who relies on the safety and performance of Kevlar®. The science behind this advanced material, coupled with its strength and durability, allows us to push boundaries, defy limits and challenge the conventional.