When the Perseverance Rover landed on Mars in February, it carried a small, four-pound drone helicopter, Ingenuity, attached to its belly.  Unlike Perseverance, Ingenuity’s only mission is to demonstrate the possibility of new technology.  If it performs well, NASA will consider bringing small drone helicopters on future Mars missions to be used as robotic scouts to survey terrain or to carry instrument payloads on science missions.

After a few minor delays, Ingenuity took its maiden voyage over the Martian soil on April 19, 2021.

As is the case with the Perseverance Rover mission, the Ingenuity drone utilizes DuPont technology to protect it from the harsh Martian conditions. Ingenuity has a temperature control center onboard called the Helicopter Warm Electronics Box (HWEB). This control center houses all the electronic equipment needed to operate the helicopter drone, including pre-charged batteries, flight controller, and cameras and other sensors required for the laser altimeter and ground view system. The HWEB hangs between the helicopter’s landing legs and uses a combination of Kapton® polyimide thin-film heaters and a metallized Kapton® insulation layer for both absorbing as much solar heat as possible while, simultaneously minimizing heat loss from inside the box to the Martian atmosphere. 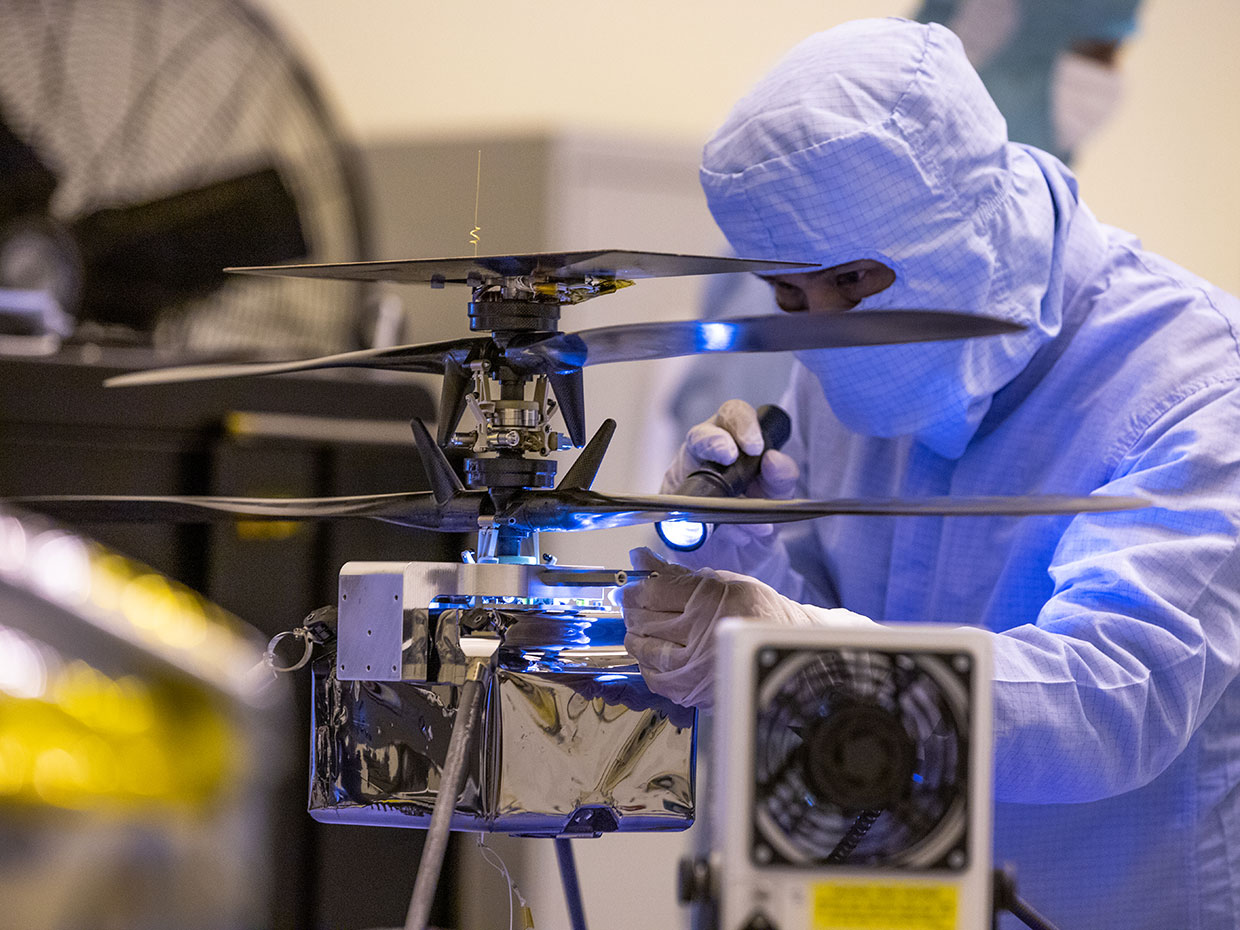 NASA technician is shown working on the copter that features a Kapton® insulation blanket protecting the Helicopter Warm Electronics Box (HWEB). This control center houses all the electronic equipment needed to operate the helicopter drone, including pre-charged batteries, flight controller, and cameras and other sensors required for the laser altimeter and ground view system. (photo courtesy of NASA).

In addition to the frigid temperatures at night

(minus 130° Fahrenheit or minus 90° Celsius), Mars will present Ingenuity with another major challenge—a very thin, rarefied atmosphere that is about 99% less dense than the Earth’s atmosphere.  To push enough air downward to create upward lift, its carbon-fiber blades measuring four feet long must spin at about 2,800 RPM, about 10 times faster than helicopters on Earth. The gravity on Mars, however, is only about one-third that on Earth, so that will make things a little easier for Ingenuity to fly.

The computer program to enable Ingenuity to successfully fly on Mars is pre-loaded into the drone’s sensitive electronics. The drone will operate without any intervention or control from Earth, meaning the fate of the mission rests on the success of DuPont technology on which NASA has relied upon for more than 50 years. 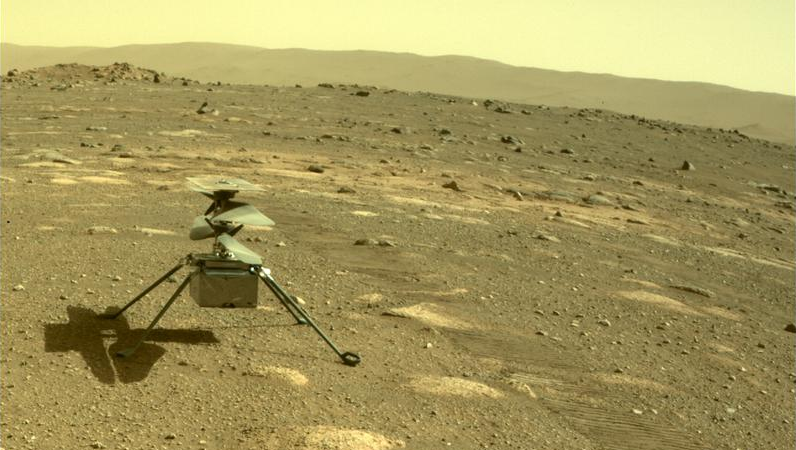 NASA’s Ingenuity drone helicopter shown on the surface of Mars in a photo taken by the Perseverance rover. (photo courtesy of NASA).