Population growth and climate change continue to place demands on limited freshwater resources. In regions like south east Spain, traditional means of sourcing clean drinking water, such as river regulation or inter-basin water transfers, have become less effective in the face of the increasing regularity of droughts exacerbated by climate change.

Like many coastal areas, seawater desalination is seen as a primary solution to the region’s water needs. The Alicante II Seawater Desalination Plant, operated by Mancomunidad de los Canales del Taibilla (MCT), on Spain’s Mediterranean coast, was built specifically with the aim of minimizing the effects of water scarcity and the drought conditions being suffered by local communities. The plant, which began operating in 2008, uses approximately 6,300 DuPont FilmTec™ reverse osmosis (RO) elements to deliver high quality drinking water to the region with a nominal capacity of 65,000 m3 a day. The plant operates at a recovery rate of 45% for the single pass seawater RO.

DuPont FilmTec™ RO membranes have a fouling resistant design and low pressure drop feed spacer, which results in the cleaning frequency being reduced by more than 33%, leading to increased productivity. Furthermore, the membranes are highly reliable and durable. In the Alicante II Seawater Desalination Plant, the original membranes are still in use and demonstrating excellent performance 12 years after first being installed. This reliability makes it easier to predict and control the cost of producing high quality water, and results in both energy and operational savings.

Watch the video for more insight from the Alicante II Seawater Desalination Plant and from the Ministry of Agriculture, Food and the Environment, to understand more about the plant and the DuPont FilmTec™ seawater reverse osmosis system. 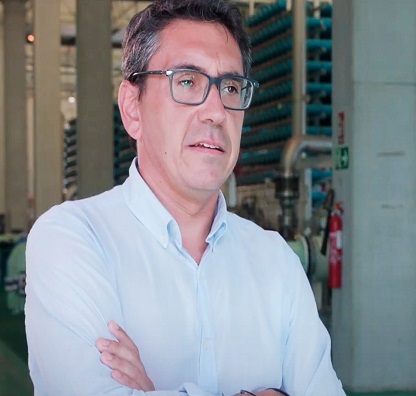